Sabbagh: Necessity of correcting OPCW track and returning to its normal role 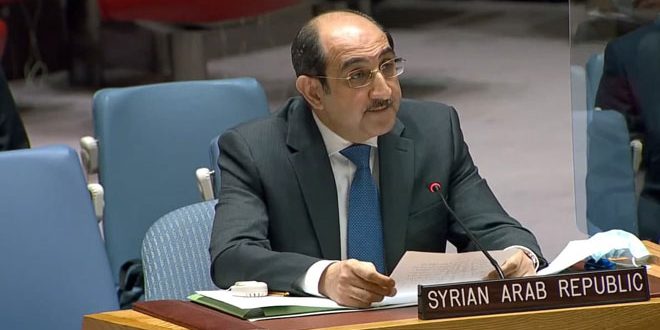 New York, SANA- Syria’s permanent Representative to the UN, Bassam Sabbagh, affirmed the necessity of correcting track of the Organization for the Prohibition of Chemical Weapons ( OPCW) and returning to its normal role as a main, unbiased pillar in the Non-Proliferation System.

Sabbagh added at a session for the Security Council on Wednesday that politicizing the work of  OPCW distanced it from its technical feature which lost a large part of its credibility ,turning it into a tool at the hands of well-known states in order to target a member state at the Chemical Weapon Convention(CWC ).

“Politicizing OPCW made it lose a large part of its credibility, and instead of being an honest  guard to carry out the Chemical Weapons Convention, it has turned into a tool at the hands of some countries to  target a state party in the Convention,” Sabbagh said.

“Those states continue to ignore the cooperation over the past years between Syria and OPCW and the close consultations with the Technical Secretariat that achieved a significant progress which is a clear evidence that Syria fulfilled its commitments according to the convention”, Sabbagh clarified, referring that despite little technical aspects remained in this process, but “we still witness repeated attempts by those states to employ these aspects in service of their political interests.

Sabbagh added that the facts are still revealing day after day in terms of what was included in the report of OPCW about the alleged Douma incident which clearly indicates to what the senior officials had done of falsifying the facts in a way to be identical with the tale of the US, French and Britain to find a pretext for tripartite aggression committed against the Syrian territories.

He went on to say that Syria rejects “the questioning  campaigns” launched by well-known countries about its cooperation with organization of the Prohibition of Chemical Weapons ( OPCW ) and their false accusations related to the “initial declaration” and disapproves “its jumping to incorrect conclusions.”

Sabbagh clarified that terrorist groups continue their attacks on civilians and the Syrian Arab Army forces in the countryside of Homs, Hama, Lattakia and Idleb with rocket and artillery shells and drones.

“The insistence of Director of OPCW on ignoring many facts and essential scientific observations of prominent figures is not the right way to affirm the professionalism of the work of the organization teams,” Sabbagh added. 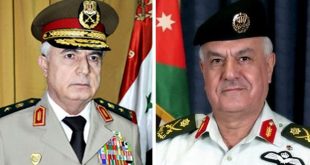