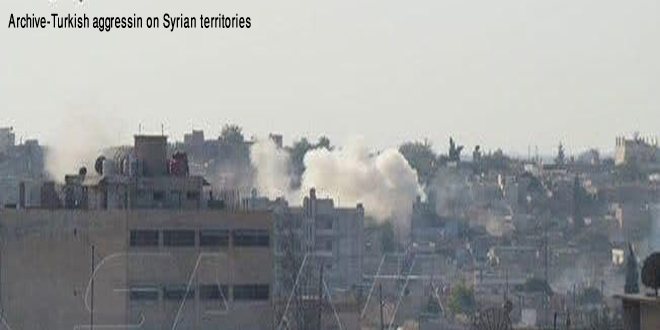 Raqqa, SANA- The Turkish occupation forces and their mercenaries of terrorist organizations once again targeted with rocket shells the citizens’ houses in the vicinity of the occupied city of Tal Abyad, Raqqa northern countryside.

Local sources told SANA that Turkish occupation troops and their mercenaries deployed to Tal Abyad city, launched an attack with rocket and mortar shells on the citizens’ houses in the villages of Zenobia and Arida, causing material damage to the houses and properties.