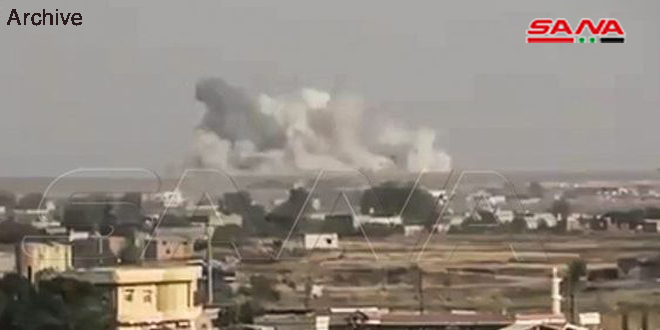 Aleppo, SANA- Turkish occupation forces have kidnapped a shepherd after beating him in the vicinity of Afrin City, northwest of Aleppo.

Local sources told SANA that the Turkish occupation forces kidnapped a shepherd after beating and insulting him near one of its military checkpoints in the vicinity of Afrin city in Aleppo northern countryside.

The sources indicated that the Turkish occupation forces took the shepherd into the military checkpoint it occupies in the area and confiscated all his sheep.

Since the beginning of their aggression on Syrian territory in October 2019, the Turkish occupation forces, through their mercenaries from terrorist organizations, have kidnapped many civilians in the areas they occupy in the countryside of Hasaka, Raqqa, Aleppo and Idleb, and they have blackmailed the families of some of the kidnapped by asking for exorbitant ransoms and in the Turkish currency in exchange for their release.