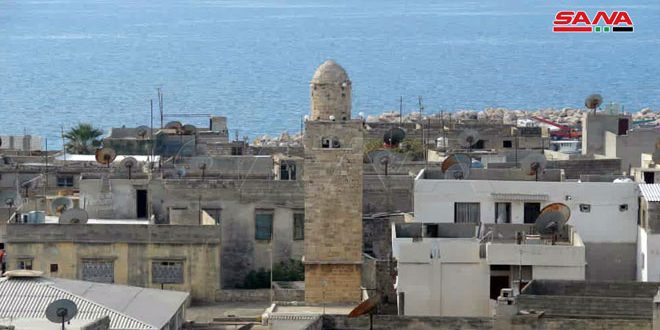 Lattakia, SANA – The urban structure and archeological landmarks of Jableh ancient city, which is considered as one of the ancient cities in Syrian coastal area, are witness to the heritage, history, and successive civilizations that have passed through the region starting from the Phoenician era and not ending at the Roman and Byzantine ones. Those eras have left their imprints on several landmarks of the architectural ancient city, including the Phoenician cemeteries on the seashore and its Roman theater, in addition to old city, including its mosques, bathrooms, distinguished residential houses and the surrounding hills and archaeological sites, where a lot of their ruins have remained buried, waiting to be unearthed, among them Tal al-Tuwaini, Tal Siano and others.

Director of the Department of Antiquities and Museums in Jableh, Masoud Badawi, told SANA that the ancient city is located in the western side of Jableh with an area estimated at 16 hectares, dividing into Sleibah neighborhood in the north, al-Jame’e neighborhood in the southern side, and al-Qaseem street headed from the east to west   towards the port.

Residential neighborhoods and administrative and religious buildings are distributed on the northeastern side including mosques and Sultan Ibrahim ancient bathroom located on the city border. 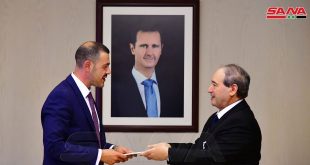