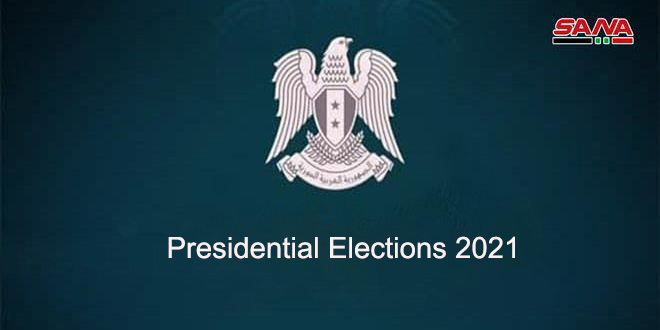 Damascus, SANA – Member of the Higher Judicial Committee for Elections, Judge Nouri Fares, affirmed that the polling centers at embassies of the Syrian Arab republic abroad are ready to receive voters and have become equipped with all the requirements to complete the electoral process.

Fares said in a statement to SANA on Wednesday that all papers, including envelopes, memos and others have been sent to the embassies through the Ministry of Foreign Affairs, to coordinate with them, and after the end of sorting out the votes, they will be provided to the committee successively.

“Every citizen who is not resident on Syrian territory has the right to elect the President of the Syrian Arab Republic at Syrian embassies in accordance with the rules of the General Elections Law, provided that his name is included in the electoral list,” Fares added.