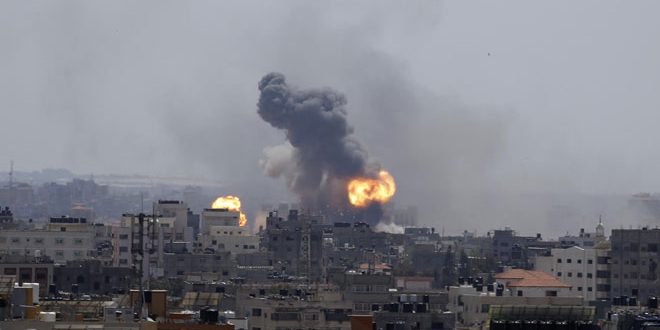 Occupied Jerusalem- A Palestinian woman was martyred in a shelling attack launched by the Israeli occupation in different areas in the besieged Gaza Strip.

Wafa News Agency said that the occupation warplanes have targeted a building in al-Shati camp west of the Gaza Strip, causing the martyrdom of a woman.

It added that the occupation warplanes also targeted with several missiles several areas in Jabalia, north of the Strip and Khan Younis and al-Zeitoun neighborhood, south of the strip, causing huge damage to the infrastructure and the Palestinians’ houses and properties.

With the martyrdom of the Palestinian woman, the total number of martyrs in the continued Israeli occupation aggression on the Strip, has reached up to 22 persons, including 9 children, in addition to injury of more than 100 Palestinians.

A Palestinian was wounded on Tuesday morning in an attack launched by the occupation’s forces with bullets and toxic gas grenades on the Palestinians who participated in demonstrations in Zita town, north of the Gaza strip.

The Israeli occupation troops have continued their hostile practices in the Palestinian territories, especially in occupied Jerusalem which has been subjected to a massive Judization campaign for days, in an attempt to empty it from the Palestinian presence, as 21 Palestinians were martyred, including 9 children, and more than 330 were injured by occupation’s fire in al-Aqsa mosque, Sheikh Jarrah and Bab al-Amoud. 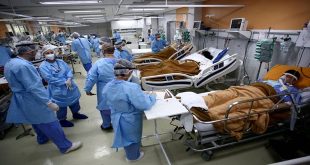 Capitals, SANA- The novel coronavirus pandemic has claimed the lives of more than 3,886,000 people …