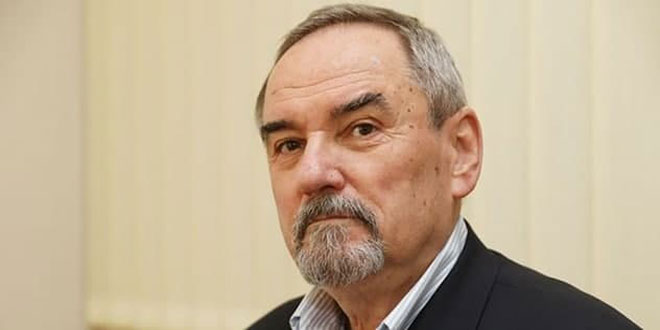 Prague, SANA- Former Czech Ambassador to Japan and India, University Professor Jaromír Novotný has affirmed that the Western countries that pay lip service to democracy and human rights are the ones which support and arm terrorists to target Syria.

Novotný, in a statement to Parliamentary Papers website, denounced the criminal practices of the Turkish regime, which occupies a part of the Syrian territory and directly supports the remaining terrorist groups.

Novotný, stressed that the attempts of some parties to “divide Syria” will fail thanks to the Syrian people’s adherence to the unity of their homeland.