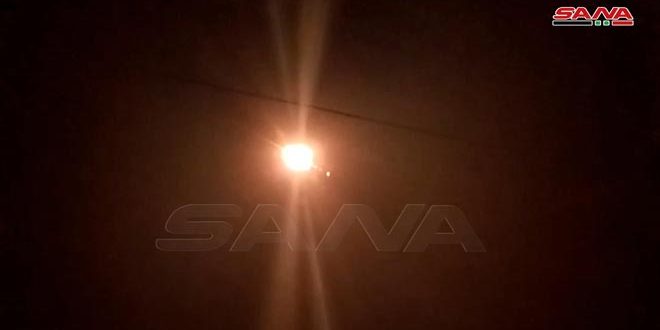 A military source announced that at 22:35 p.m. on Tuesday, the Israeli enemy perpetrated a missile aggression from the direction of the occupied Syrian Golan on some targets in the surroundings of Damascus.

The source said that the army air defenses confronted the aggression and shot down most of the missiles, adding that losses were restricted to materials.