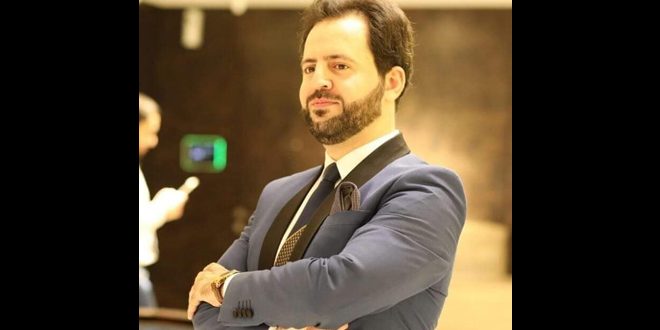 Damascus, SANA- Syrian expatriate journalist, Muhammad Issam Mahho, has won the Dubai International Award for Human Resources Development, the Educational Oscar, for the most popular educational video category, titled (I am the creation of my mother), with more than 15 million views.

In a statement to SANA, Mahho expressed his pleasure as Syria, the cradle of civilization and the first alphabet, has been one of the six countries which won the educational Oscar.

“We may not have the sophisticated technology which is possessed by some countries, but we do have strong minds that are capable of creativity and innovation”, Mahho added

Five Syrian creative personalities were nominated to this award in various creativity fields, among them the late historian Dr. Suhail Zakkar and  late director and actor Hatem Ali, of “A well-known figure, who will remain mentioned, we lost in 2020”category .

The competition, which was organized by the Center for Human Resources Development in Dubai in cooperation with the Federation of Arab Journalists and Creators and a number of Arab and foreign universities and scientific and research centers, depended on voting as its results have been announced on Saturday.