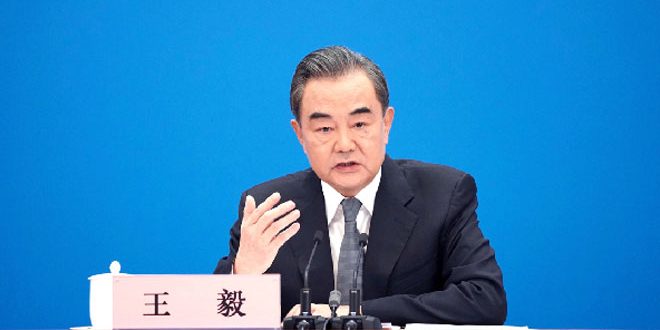 Xinhua News Agency quoted Wang as saying in a letter of condolences that “Al-Moallem has dedicated his life to defend Syria’s independence, sovereignty and territorial integrity, and he has firmly defended the interests of Syria and the Syrian people and he has struggled tirelessly till the end of his life, and his patriotism and professionalism are admirable and he will remain memorable.”

Wang added “Al-Moallem has presented significant contributions to facilitate and develop the cordial and traditional relation between China and Syria and he had friendly feelings towards the Chinese people.”

He noted at the same time that China supports the Syrian Government and the Syrian people in protecting the independence of their homeland and their sovereignty and territorial integrity and it continues to enhance the cordial bilateral relations between the two countries.