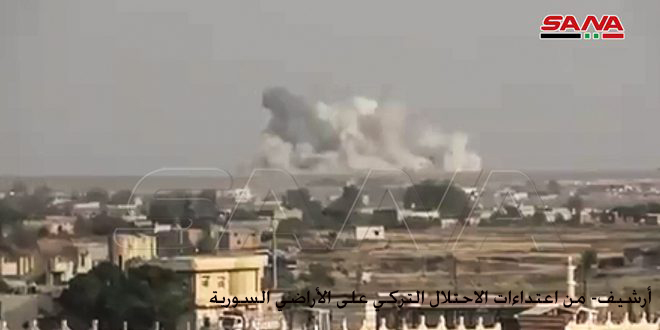 Hasaka ,SANA-Turkish Occupation forces and their mercenaries of terrorist organizations renewed their attacks on the residential houses of the villages and towns in Hasaka northern countryside with the aim of tightening the noose around the citizens and pushing them to leave ,so those terrorists could loot them as repeatedly happened in the past period.