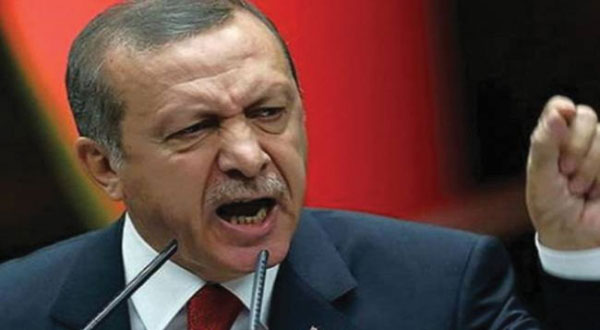 Prague, SANA- Czech writer Lukáš Luhan has called on the EU member states to put an end to the Turkish regime’s hostile policies and practices under the leadership of Recipe Tayyip Erdogan, warning that if no measures are taken to stop Erdogan’s expansionist ambitions, Europe will be soon in a “critical situation”

In an article published by the website of the Czech weekly magazine Reflex, Luhan said that Erdogan’s policies are very similar to the policies of the Nazi regime in Germany which was led by Adolf Hitler in the thirties of the last century and which led to the outbreak of the World War II.

He noted that the West has not learned lessons from history, as it is still providing concessions for Erdogan’s regime.

Luhan criticized the EU inaction towards protecting the legitimate rights of its member states like Greece and Cyprus, indicating that the Turkish regime has been committing violations against this two states from a long time ago.

He added that EU sends billions to the Turkish regime under the pretext of stopping the flow the refugees instead of taking any measures against it, in a time when Germany is sending weapons to this regime to use it in its expansionist and aggressive operations.