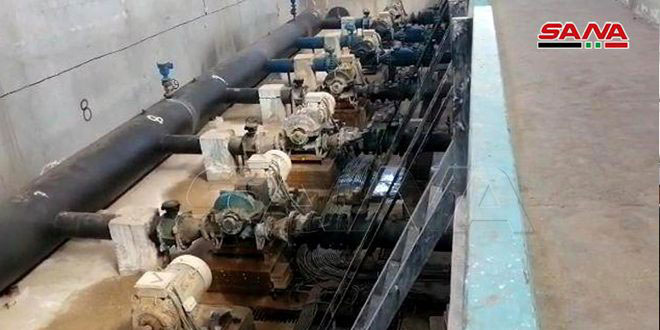 Hasaka, SANA- Turkish occupation forces and their terrorist mercenaries re-cut drinking water off Hasaka city and its western countryside after they have stopped the operation of Alouk Water Station in the countryside of Ras al-Ayn depriving more than one million persons from water.

Director of Alouk Water Station Mahmoud al-Okla told SANA reporter in a statement that the Turkish occupation forces and their mercenaries of terrorists on Friday stopped the operation of the station and prevented its workers from entering and operating it, indicating that the station was operating normally before stopping it.

Okla added that the station was being fed by electricity through the electricity network coming from al- Darbasiyah substation.

General Establishment for Drinking Water in Hasaka on Thursday installed two electric transformers and two electricity generators for the wells in Alouk Water Project in Ras al-Ayn countryside for improving and increasing the pumping operations.

The equipment is provided by the Syrian Arab Red Crescent(SARC) and the International Committee of the Red Cross (ICRC). 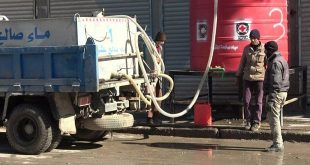 Hasaka, SANA-  The General Water Establishment in Hasaka Province has continued to fill the water …