Sabbagh: Syria is a member state in most international acts concerned in preventing organized crime 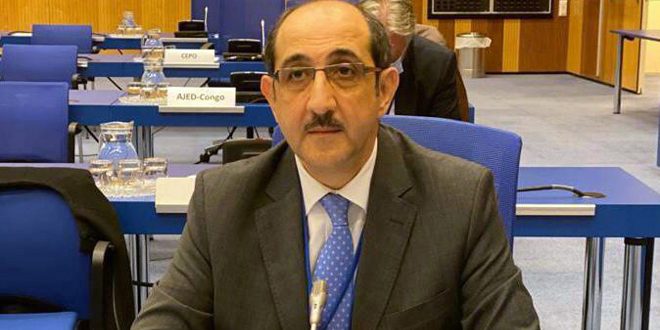 Vienna, SANA-Syria’s permanent representative to the United Nations in Vienna stressed that Syria is a member state in most international acts concerned in preventing the organized crimes and it is committed to modernize and develop its national laws to suit these international agreements and facilitate their implementation.

Sabbagh said in a statement delivered to the tenth Conference of the States Parties in the agreement of combatting the organized crime on Monday, that within this framework, the Syrian government issued during the latest years a bulk of laws which aim to confront organized crimes.

“The Syrian Arab Republic gives great importance to the deep cooperation with the United Nations office of combating drugs and crimes in Vienna and it appreciates   its efforts in supporting the member states, so Syria hopes this office would engage in a bigger way and cooperate with Syria.

2020-10-13
m.eyon
Share
Previous President al-Assad tours a number of towns in Lattakia countryside: What has happened a national catastrophe in the humanitarian and economic meaning
Next US occupation forces bring in dozens of tanks to al-Malikiyah area, Hasaka