A civilian martyred due to infighting among terrorists in Ras al-Ain city, Hasaka 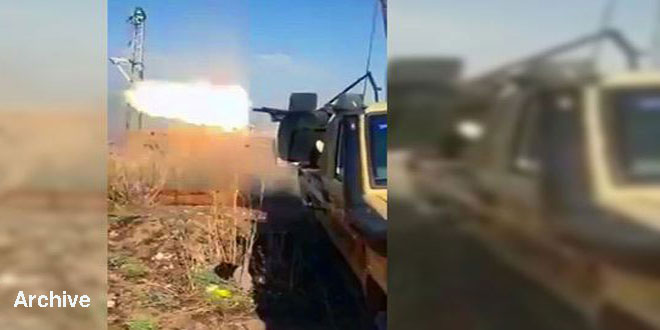 Hasaka, SANA- A civilian was martyred in the occupied city of Ras al-Ain city as infighting broke out among terrorist groups over dividing stolen properties and controlling the neighborhoods.

Local sources told SANA reporter an infighting with light and medium weapons broke out among the Turkish occupation mercenaries of terrorist groups in the occupied city of Ras al-Ain, causing the martyrdom of a civilian.

The areas where Turkish regime-backed terrorist groups are positioned have been witnessing an infighting among terrorists belonging to the so called “Ahrar al-Sharqiya”, “Division 20”, “Sultan Murad” ,”al-Hamzat” and others as a result of disputes among them over dividing stolen properties and imposing control over the areas and the difference of loyalties to their operators.