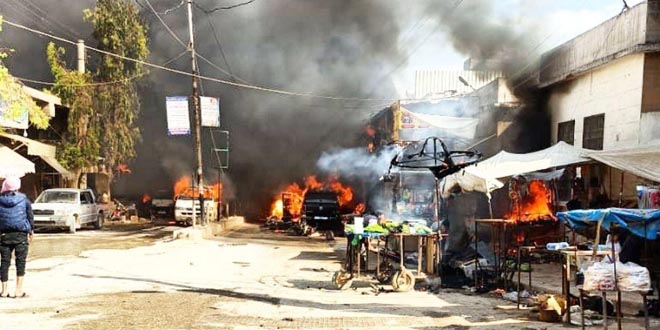 Aleppo, SANA-A number of civilians were martyred and injured in an explosion of a booby-trapped tanker truck in Efrin city in Aleppo northern countryside which also killed and injured many terrorists affiliated to the Turkish regime.

Local sources told SANA that a tanker truck, loaded with a big quantity of explosives, went off near a center for the mercenaries of the Turkish regime in one of the markets, killing a number of terrorists and injuring many others.

The explosion also claimed the lives of many civilians. 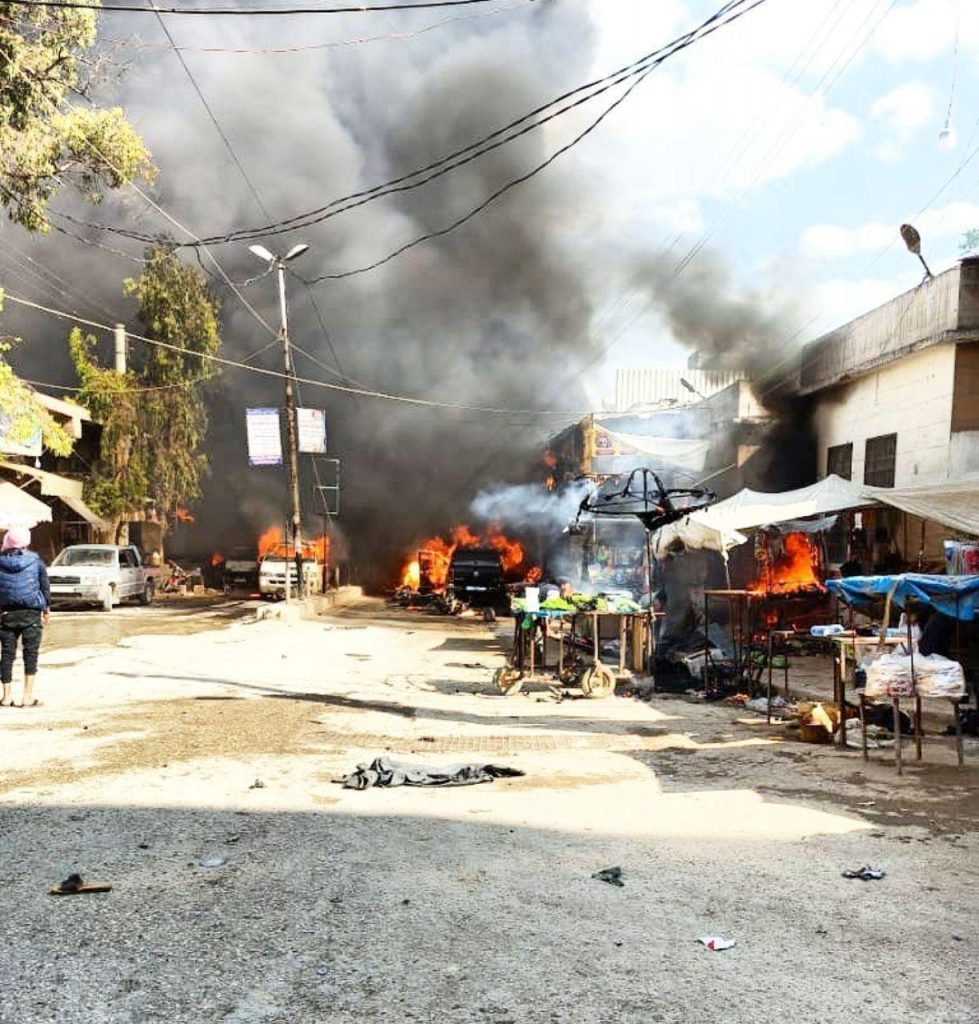