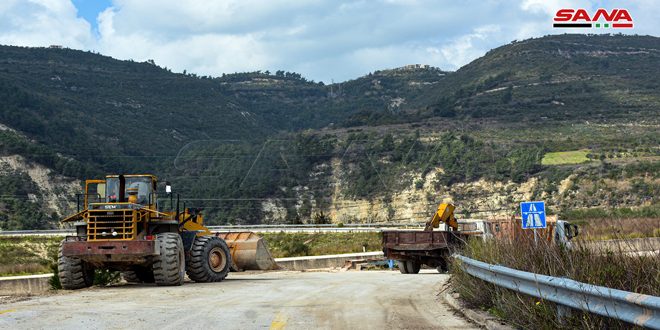 Lattakia, SANA- Lattakia governorate on Tuesday started to remove barricades at the entrance of Lattakia- Aleppo International Highway, paving the way for putting it into service again.

Lattakia Governor, Ibrahim al-Salem, said in a press statement that the acts of rehabilitation reached to nearly 40 km from Lattakia entrance, adding that nearly 7km remained inside the administrative borders of the province.

Director of Technical Services, Wael al-Jerdi, pointed out that reopening the highway represents the army ‘s victories in Idleb, affirming that this road is the most important axis which links Lattakia with Idleb.