Sabbagh: Syria relies on the awareness of Arab people and their pan-Arab stances 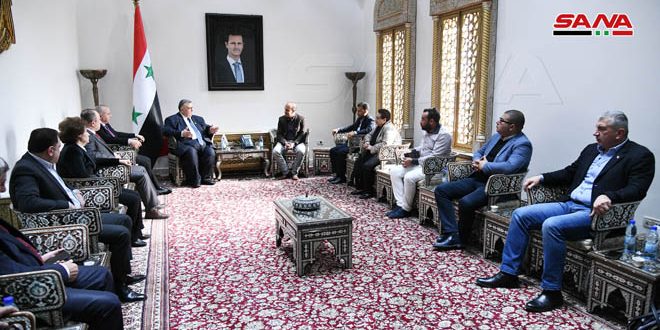 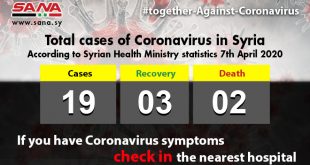 Health Ministry: Recovery of a third case of coronavirus detected in Syria

Damascus, SANA-Speaker of the People’s Assembly, Hammodah Sabbagh, said on Tuesday that Syria relies on the awareness of Arab people and their principled stances to achieve the aspired-for goals and pan-Arab hopes.

Sabbagh, during a meeting with a Moroccan Youth delegation, noted to the importance of enhancing  communication with the youth and student organizations in addition to the introducing the students’ experiment in Syria to them.

He clarified that Syria highly appreciates the participation of the Moroccan soldiers alongside with their brothers in the Syrian Arab Army in Tishreen Liberation war of 1973, and their sacrifices offered to protect Syria’s soil and sovereignty.

For his part, head of the Moroccan delegation, Deputy General Secretary of the Youth Organization, Mustafa Taj, underlined that the aim of this visit is to express solidarity with Syria against the terrorist war and salute Syrians for their resilience, strength, patience in addition to inspecting the real life in the country.

Taj expressed readiness along with the members of the delegation to convey to the Moroccan people what is really going on in Syria and to refute the misleading media campaign about the events in it.

He expressed confidence that the crisis in Syria would end very soon after its victory over terrorism.

2020-02-25
m.eyon
Share
Previous SANA reporter: Civilian martyred, another injured in blast of IED planted by terrorists in car near Tishreen Stadium in Damascus
Next Tunnels and dens of terrorists underground at Talat al-Nar in Idleb countryside after liberation from terrorism 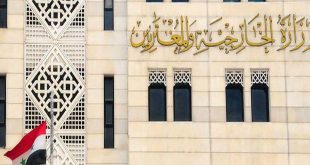