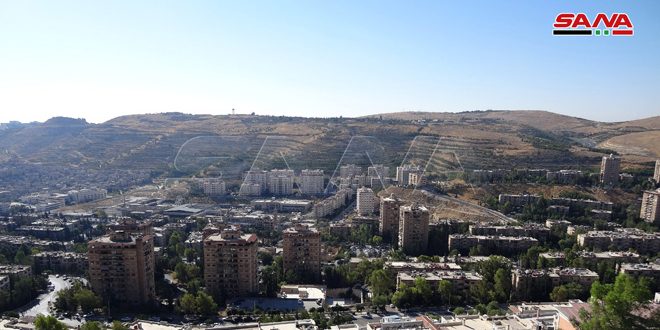 Damascus, SANA- Temperatures will notably drop in the western and inland areas as they will become from 1 to 3 degrees below average while the temperatures will remain around average in the eastern and al-Jazeera regions as the country is affected by a low air pressure in all layers of the atmosphere.

2019-09-15
ruaa-jazaeri
Share
Previous Plastic art expo at al-Adawi Cultural Center in Damascus
Next SANA reporter: Thousands of citizens return to their villages and towns  which were cleared of terrorism in Hama northern countryside and  Idleb southern countryside

Authorities eliminate 3 terrorists, arrest 3 others in ambush northwest of al-Sukhna

Homs, SANA- The authorities in Palmyra in the eastern countryside of Homs eliminated three terrorists …