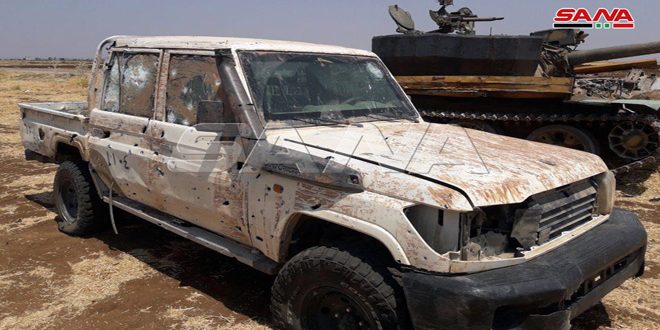 Hama, SAN A- Army units found during combing operations in the towns and villages liberated from terrorism in the northwestern countryside of Hama Province armored vehicles and weapons left behind the defeated terrorist organizations. 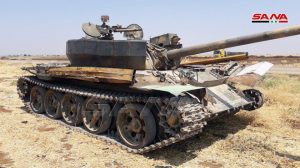 SANA reporter in Hama said that the engineering units have combed the areas of al-Jabeen and Tal Melh and their surroundings and they found vehicles and a T55 tank in addition vehicles equipped with machineguns and different sorts of weapons, B10 rounds, mortar launcher pads and a box ammunition.