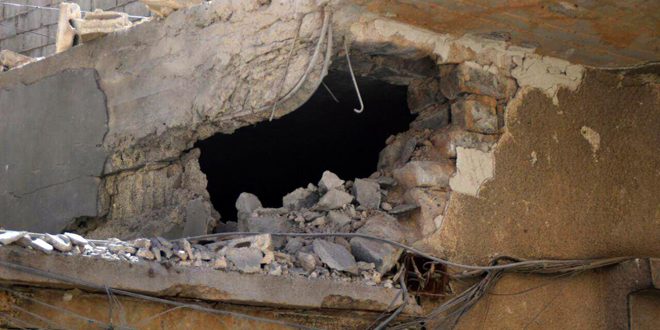 Later, the reporter said terrorists fired rockets at Salhab town in the province’s northern countryside, causing material damage to houses and properties and fires in nearby fields.