Delegation from Portugal’s Workers Union: We stand by Syria against terrorism 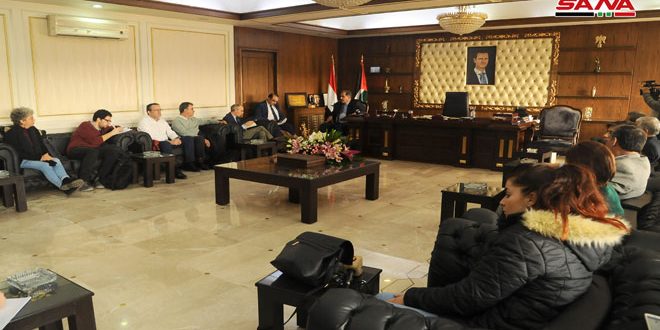 The delegation expressed full solidarity with the Syrian people and state in the war against terrorism.

During his meeting with head of the Union Jamal al-Qadri, Praca said that their repeated visits to Syria are aimed at showing solidarity with the Syrian people and state in the face of imperialism and colonial schemes.

Praca considered that the Portuguese delegation’s close look into the Syrian situation will help convey the reality of the situation in Syria to the world’s public opinion.

Al-Qadri, for his part, relayed the Syrian people’s appreciation for the clear and unequivocal stances of the Portuguese General Union of Workers since the beginning of the crisis in support of Syria in the fight against terrorism.