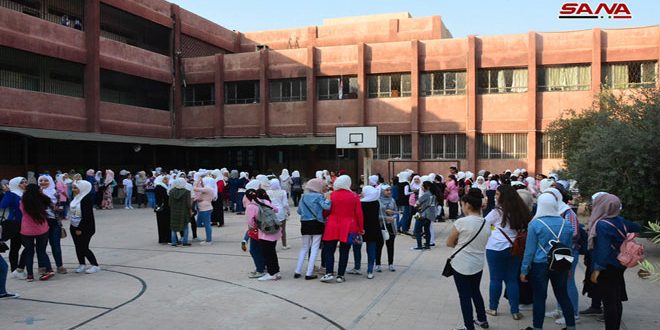 Damascus, SANA- More than four million students on Sunday headed for their schools with the beginning of the schoolyear 2018-2019.

In framework of its preparations for the new schoolyear, Ministry of Education stressed earlier that 14 thousand schools have become ready for receiving students, in addition to preparing the required teaching cadre.