Palestinians on general strike in condemnation of Israeli massacre in Gaza 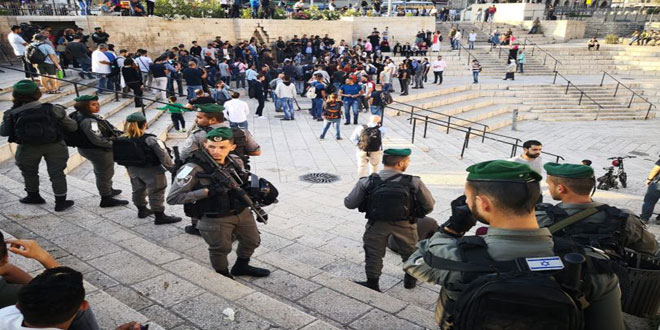 Occupied al-Quds, SANA- The Palestinian territories occupied in 1948 have observed a general strike in condemnation of the Israeli carnage committed against the Palestinians who participated in the “Great Return March” in Gaza Strip.The carnage claimed the lives of 62 Palestinians and injured more than 3000 others.

The Higher Follow-Up Committee for the Arab Community on Wednesday called upon the international community to shoulder responsibilities towards the Israeli continued atrocities against the Palestinian people directly backed by the US administration.

Local sources told Palestinian Wafaa news agency that the Israeli occupation forces  broke into a number of homes in the camp and rummaged through them.

The Israeli forces also fired live and rubber-coated bullets, sound bombs and tear gas canisters towards the houses, causing the suffocation of scores of Palestinians.