Rain falls in various areas across the country, snow over heights 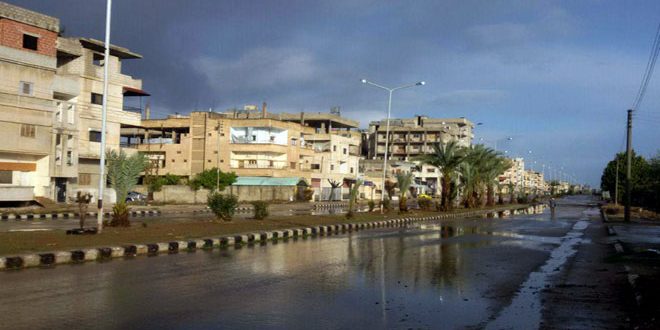 Damascus, SANA- Temperatures will drop to become lower than average by 2 to 4 degrees as the country is affected by low air pressure in the all layers of the atmosphere.

Different amounts of rainfalls have been registered in the Syrian provinces over the past 24 hours.

The heaviest amounts of rainfall were witnessed in al-Qadmous City in Tartous province (114 mm).

The Meteorology Department expected in its Friday bulletin that thickness of snow reached 25cm in al-Mashnaf and 20cm in Sala in Sweida province, 15 cm in Sednaya, 13cm Erneh, and 5cm in Bloudan in Damascus countryside. 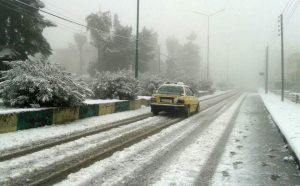 The Meteorology Department expected that the skies will partly cloudy to rainy at intervals and snowy over areas of more than 1000 meters height.

The Department warned against formation of frost and fog in mountainous and some inland areas.

The winds will be western to northwestern with active gust while the sea waves will be moderate to high in amplitude.