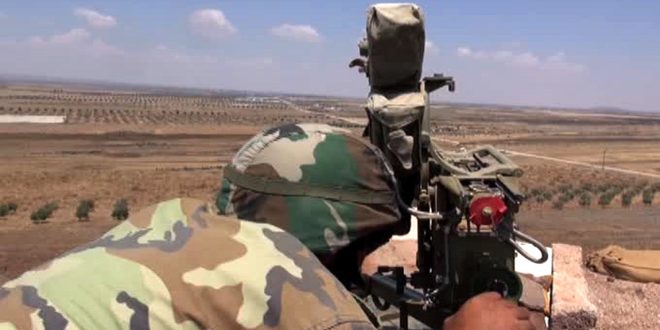 Provinces, SANA- Armed groups on Wednesday morning launched a fierce attack in the vicinity of Mariamin village in Homs northwestern countryside in a new violation of the de-escalation zone agreement.

SANA’s reporter in Homs said that army units on Wednesday morning engaged in violent clashes with armed groups which launched an attack from the direction of al-Houla area of residential complexes and the military posts in the vicinity of Mariamin village in the northwestern countryside.

The reporter added that the clashes ended by foiling the attack and killing and injuring scores of the armed group members and forcing their remnants to flee away.

The armed groups targeted the houses in Mariamin village with rocket shells causing only material damage to the public and private properties and no human casualties were reported, according to the reporter.

Army units, in cooperation with popular defense groups, regained the village of Um Harteen in the northeastern countryside of Hama.

SANA reporter said that army units dealt heavy blows to the gatherings and fortifications of Jabhat al-Nusra terrorist organization in the northeastern countryside of Hama, establishing full control over Um Harteen village and killing a number of terrorists, including their leader Ibrahim Khaled al-Alloush and his brother Hani al-Alloush of Ahrar al-Sham terrorist movement.

The reporter added that the army units carried on heavy clashes with terrorists of Jabhat al-Nusra in the area surrounding Qbibat Abu al-Huda and Ras al-Ayn villages amid collapse in the ranks of terrorists after they suffered losses in individuals and equipment.

Later, a unit of the army eliminated a terrorist group which was attempting to infiltrate into one of the military points from the direction of al-Banah in Hama northern countryside. 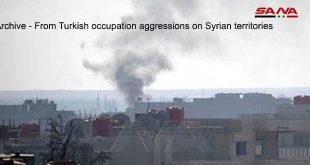