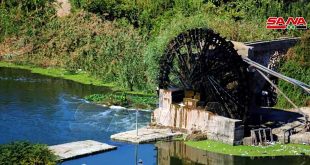 Sweida/Deir Ezzor, SANA – Five civilians were killed and nine others were injured earlier on Wednesday morning in a terrorist attack on a bus on Dama-Ereiqa road between the southern provinces of Daraa and Sweida.

A source at Sweida Police Command told SANA that two roadside bombs earlier planted by terrorists went off as a passenger bus reached a point on Dama-Ereiqa road heading from Harran village in the western countryside of Sweida towards Damascus. One of the bombs weighed 10 kg, while the other weighed 20 kg.

The source said the attack claimed the lives of five citizens and injured nine others, who were taken to Sweida National Hospital to receive treatment.

Terrorists from the Islamic State of Iraq and Syria (ISIS) committed a massacre in Deir Ezzor, murdering 15 civilians, most of them are women and children.

A source in the governorate told SANA reporter that the terrorists blocked the way of a public transport bus in al-Shoula area in the countryside of the province and murdered 15 passengers from Abu Hamam and al-Tayyaneh villages, most of them are women and children.

Sheikh Aql of Muslim Muwahideen Hekmat al-Hajri strongly condemned the terrorist attack in Sweida, saying in a statement to SANA, saying that it embodies “the identity of terrorism and the takfiri Wahhabi mentality which only knows the language of blood, killing and criminality.”

Sheikh al-Hajri called upon the Syrian people to adhere to national unity and to unify the ranks in the face of the fierce terrorist war waged against Syria, expressing confidence that Syria will overcome all the ordeals.