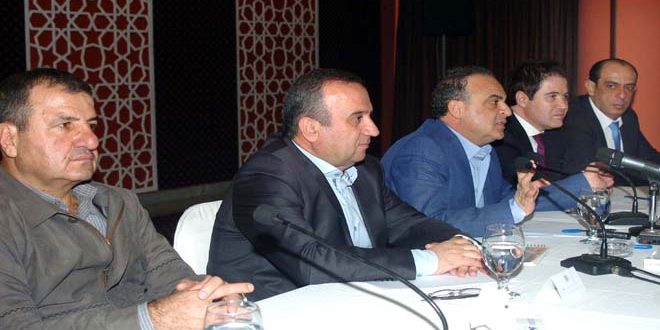 Tartous, SANA-Prime Minister Imad Khamis stressed that the Correctionist Movement, led by Late President Hafez al-Assad, built state institutions in all sense of the word which have been later consolidated by President Bashar al-Assad, and that the integration between the two stages have paved the way for realizing victory in Syria.

Khamis remarks came during a meeting with chairmen and members of the Executive Office at Tartous Governorate and City Council and Chairmen of the chambers of commerce, industry, tourism and agriculture with the aim of following up the implementation of service and developmental projects in the province.

The Premier underlined importance of setting new strategic visions on the developmental, economic and service levels, in addition to embodying the law of the local administration.

He clarified that Syria has been able to remain steadfast in face of terrorism thanks to the solid structure of its institutions, the sacrifices of the Syrian Arab Army and the resilience of its honest people.

The Premiere reiterated that there is no better choice for investing the victories of Syria than the correct rebuilding of the state institutions and developing their work through the governmental statement which includes a basic plan for supporting families of the martyrs and the injured, resuming the production and the optimal investment of the available resources.

Khamis indicated that the Government has launched a number of service projects in the province and it works on overcoming all obstacles which have faced the Syrian peasants and industrialists during the war by taking a number of measures such as granting loans, guaranteeing more job opportunities and supporting citrus exportation.

Talking about sport sector in the province, Khamis said “There will be a work plan to rehabilitate Tartous Sport City.”

He called upon Tartous City Council to work seriously and to put clear program and vision for the city and to think about investments and services in a better way, hailing the role of the private sector as a partner of the Government in the development process.

Minister of Local Administration and Environment Hussein Makhlouf noted that his Ministry distributes vehicles among provinces, and that the distribution among the institutions is done within the governorate.

Makhlouf called upon the Technical Services Directorate and the City Council to prepare a memo on the basic needs of the work and to submit it to the Ministry to be studied.

For his part, Tourism Minister Bishr Yazigi stressed importance of reactivating the Marina projects which aims at reviving the marine port of the city, adding that the Ministry will provide necessary support to Arwad Island project.

Transport Minister Ali Hammoud stressed need for activating work of the Maritime Chamber for ensuring good revenues for the transport sector, hailing the importance of service and developmental projects, which are implemented in the province.

In a relevant context, Tartous Governor, Safwan Abu Saada presented a brief on the situation of the service and developmental projects which have been implemented in the province in various sectors. 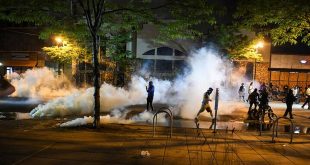