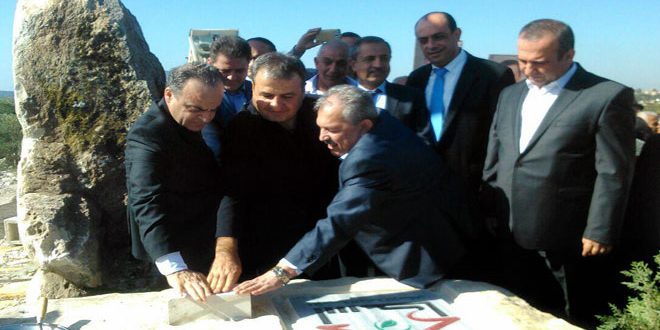 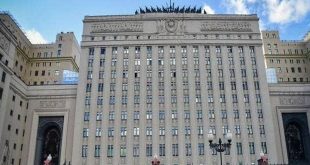 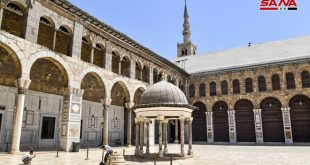 Do you know that Damascus is the oldest inhabited capital in the world?

Lattakia, SANA- Prime Minister Imad Khamis on Saturday laid the cornerstone of al-Nubalaa Suburb Project in the village of Bishlama in Qirdaha area in Lattakia province.

The project comprises 22 towers; each includes 11 floors, while the number of flats reaches 960 on an area of 110 dunums with a total cost of SYP 16 billion.

In a relevant context, Khamis and the accompanying delegation inspected the work situation in the handcraft area in Qirdaha which has a floor space of 11,000 square meters and with a cost of  SYP 634 million for the first phase of the project.

The Premier also inspected work on maintaining and improving the runway at Bassel Al-Assad International Airport, as well as work on Maskina Bridge at the entrance of Jableh city which in 98% complete, in addition to inspecting work on Jableh National Hospital project.

Khamis later inspected the commercial complex project in downtown Jableh which consists of 3 stories containing 160 shops and offices, in addition to a hotel and a restaurant.

The Prime Minister inspected work at the Martyrs, Wounded, and Missing Persons Office at Jableh City Council, in addition to inspecting work at al-Hifeh intersection and laying the cornerstone of the handicrafts area in al-Haffeh which has an overall floor space of 46,000 square meters at an overall cost of SYP 1.6 billion.

Later, Khamis inspected progress in Sheikh Hassan Dam project in al-Bassit area, which upon completion will store 1.776 million cubic meters of water and has an overall cost of SYP 3.25 million.

Khamis started on Friday a work visit to the provinces of Hama, Lattakia and Tartous with the aim of following up the implementation of the service and developmental projects which had been launched earlier and whose cornerstones have been laid recently.