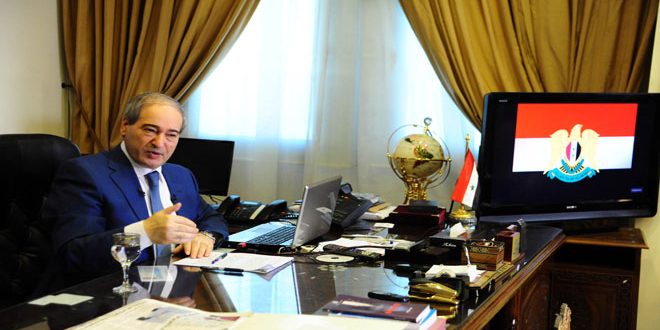 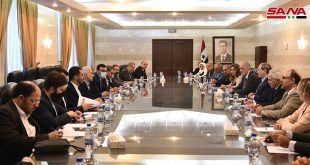 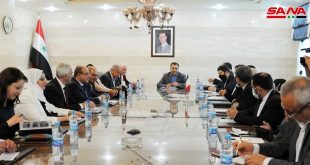 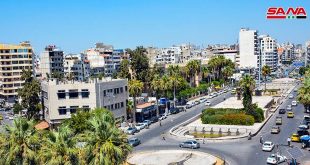 Damascus, SANA- Deputy Foreign and Expatriates Minister Fayssal Mikdad affirmed on Wednesday that the United States, Britain and their allies in the region breach the Chemical Weapons convention by supporting terrorist organizations in Syria and supplying them with toxic materials and weapons of all forms.

Mikdad, in a meeting held with a number of journalists at the Foreign and Expatriates Ministry HQ, called on the Organization for the Prohibition of Chemical Weapons (OPCW)to investigate into the US, Britain and Turkey’s supply to terrorist organizations, which are present in Syria, with internationally-banned poisonous  materials. He said that since the beginning of the crisis in the country, reports about the use of chemical weapons in different areas have been frequently occurring in the media and usually Western countries, relying on the allegations of terrorist groups, were accusing the Syrian state without any evidence.

Mikdad added that depending on the fabrications and lies of the terrorists who claimed that the Syrian Arab Army carried out a chemical attack on the city of Khan Sheikhoun, the United States launched missile strikes even before conducting investigations into  the matter.

He noted that the Syrian government has investigated into the issue, using  analyses of foreign non-governmental organizations and as a result of the investigations, the truth of what has happened in Khan Sheikhoun was found from the beginning to the end.

“Syria has received the fact-finding committee of the OPCW and opened all doors in front of them for investigation, but they refused,” said Mikdad, adding that Syria has carried out all its obligations, but when this doesn’t serve the US, it will be rejected.

He considered that the echo of the chemical attack in Khan Sheikhoun had one objective, mainly, to condemn the Syrian government of breaching the international and human laws, affirming that the Syrian government doesn’t possess any form of chemical weapons and all its stockpile has been eliminated under the supervision of the OPCW.

In a relevant context, Mikdad pointed out that a number of western states push terrorists to carry out war crimes by supplying them with large quantities of special materials which include Turkish-made chemical materials, and according to experts, these materials are used to manufacture chemical weapons.