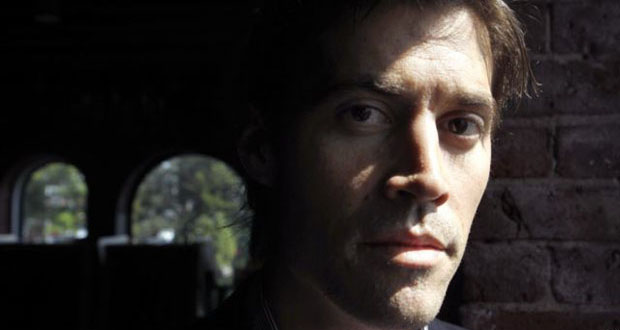 Beirut, SANA – Members from the terrorist organization the Islamic State of Iraq and Syria (ISIS) slaughtered the American journalist James Foley, who was kidnapped by terrorists in Syria in November, 2012, according to a video posted on the internet.

In the 5-minute video posted on a website for extremists, ISIS says it beheaded Foley, who appeared wearing an orange outfit, in retaliation of the “U.S. strikes” against ISIS militants in Iraq.

The masked militant who executed Foley appeared in the video wearing black clothes and holding a knife. He was heard speaking in English.

ISIS also threatens in the video to kill another American captive, identified as Steven Joel Sotloff, who appeared down on his knees, while a veiled militant holding his neck from the back.

Meanwhile, the White House announced that the U.S. intelligence is investigating the ISIS video, adding that the execution, which took place in an arid area, is appalling, should the video be proved authentic.

Earlier, Caitlin Hayden, a spokeswoman for the White House National Security Council, said in a statement that if the video is genuine, “we are appalled by the brutal murder of an innocent American journalist and we express our deepest condolences to his family and friends.”

Syria has repeatedly warned, since the outbreak of the internationally-devised terrorist war against it in 2011 that terrorism will backfire on the countries which have exported, funded and supported it, on top of those being the US.