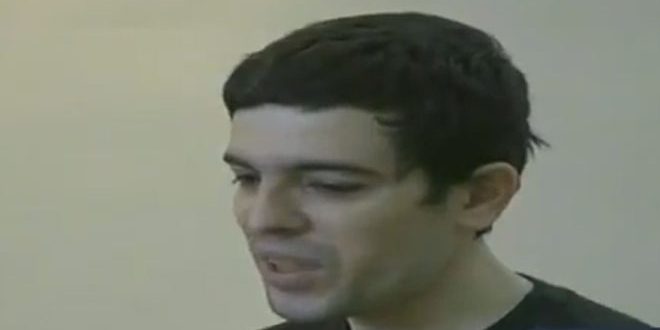 Aleppo, SANA – Terrorist Walid Hendi confessed to taking part in fabricating videos and photos for a Turkish TV channel while working with the so-called “White Helmets” that depict neighborhoods and areas in Aleppo being attacked with chemical weapons in order to blame the Syrian Arab Army.

In confessions broadcast by the Syrian TV on Saturday evening, al-Hendi said that he joined the “white Helmets” three years ago in return for receiving funds from the so-called “local council” and financers from Arab Gulf countries.

A Russian diplomatic and military source had revealed on May 4th that reporters working for Qatar’s al-Jazeera TV filmed a fake chemical attack against civilians in Idleb province in order to blame the Syrian Army.

In turn, terrorist Imad Abdeljawad said in similar confessions that terrorists in Aleppo possessed toxic chemicals and that he took part in transporting them.

Abdeljawad said that he was asked to transport what was claimed to be cleaning agents from al-Sukkari neighborhood to al-Ameriya neighborhood to cover up the fact that they were actually transporting dangerous chemicals, adding that after unloading materials from two cars and starting with the third, they wanted to know what materials they were transporting because their smells was agitating, particularly since he suffered asthma.

He went on to say that he saw people in silvery clothing, protective masks, and long boots transporting the materials to a basement, and they looked through windows and saw them opening barrels and pouting a liquid from them into cylinders, and when the man in charge of the terrorists noticed that Abdeljawad and his cohorts were watching he expelled them and prevented them from bearing arms.

Back in January, army engineering units uncovered while combing the Old City neighborhoods in Aleppo an amount of chemical materials of Saudi origin left behind by terrorists, which included sulfur, chlorine, and other materials.