Deir Ezzor, SANA – An army unit targeted fortifications and infiltration points of ISIS terrorists in the surroundings of Liwa al-Ta’min in Deir Ezzor.

SANA reporter in the province said two car bombs for the terrorists were destroyed as a result of the operations.

The reporter added that the army’s artillery destroyed fortifications and gatherings of terrorists and a vehicle equipped with a 23 mm machine gun in the neighborhoods of al-Matar al-Qadim, al-Hamidiyeh and the central park.

Meanwhile, Deir Ezzor Airport garrison foils infiltration attempts by ISIS terrorists in the surroundings of the airport and managed, backed by the Air Force and the Artillery, to destroy 8 vehicles equipped with machineguns and two car bombs at the fence of Liwa al-Ta’min and two other car bombs in the direction of al-Maamel area. Scores of terrorists were killed.

An army unit foiled infiltration attempts by ISIS terrorist groups in the surroundings of Regiment 137 on the southwestern outskirts of Deir Ezzor city, killing 10 terrorists, destroying a vehicle equipped with a 23 mm machine gun.

A boat that was transporting terrorists who were trying to infiltrate from the direction of the river in al-Bugeiliyeh/Open Heart Hospital area was targeted by the army. The boat was directly hit and all terrorists on board it were killed. 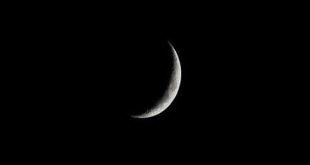