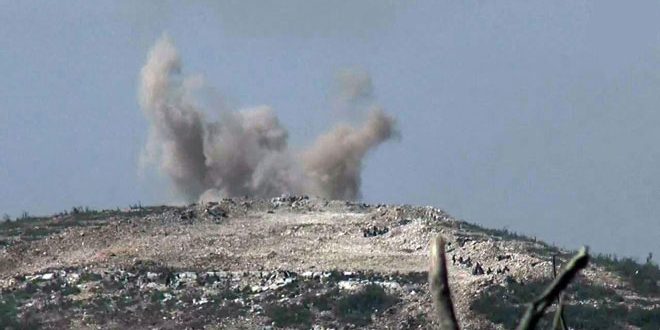 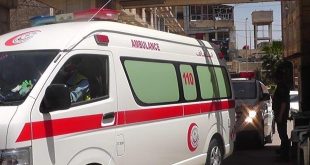 Provinces, SANA – A military source said on Sunday that armed Groups breached the truce regime 16 times in the past 16 hours, targeting military positions and civilian areas in Damascus, Hama, Homs, Lattakia, and Daraa.

The source told SANA that 2 breaches took place in al-Shammasiye St. and al-Abbasiyeen neighborhood in Damascus, and 2 more took place in Dahret al-Fatts and west of Ma’an village in Hama countryside.

In Homs province, the source said that 3 breaches took place in the villages of Akrad al-Dasniye, al-Mokhtariye, and al-Mashrafa, 2 others took place in Tasnim, and 3 more took place in al-Zahra’a neighborhood in Homs city.

The source went on to say that 2 breaches took place in Sheer al-Dab’a and 1 took place in Ruwaiset Rosho in Lattakia’s northern countryside, in addition to 1 breach in the abandoned battalion area south of Ibta’a in Daraa province.

The seven-day truce regime was announced by the General Command of the Army and Armed Forces on Monday September 12th.

A source at Homs province told SANA reporter that armed groups positioned in some villages of Homs northern countryside on Sunday morning attacked with rocket shells the neighborhood of al-Zahra and the villages of al-Msherfa, al-Ashrafia and al-Najma to the north of Homs City.

The source added that the attacks caused material damage to the public and private properties.

Armed groups attacked with cannon and mortar shells military posts in “the Abandoned Battalion” in the northern countryside of Daraa on Sunday in a new breach of the truce regime.

SANA reporter said that at 5:00 PM, the armed groups breached the truce in Izraa in Daraa countryside by firing three missiles on military posts in the Abandoned Battalion to the south east of Dael in addition to seven cannon missiles on the plains between the Battalion and Dael.

The attacks necessitated a suitable response by the army against the source of fire which resulted in killing and injuring a number of gunmen who were taken to hospitals in Jordan across the borders, according to local sources.