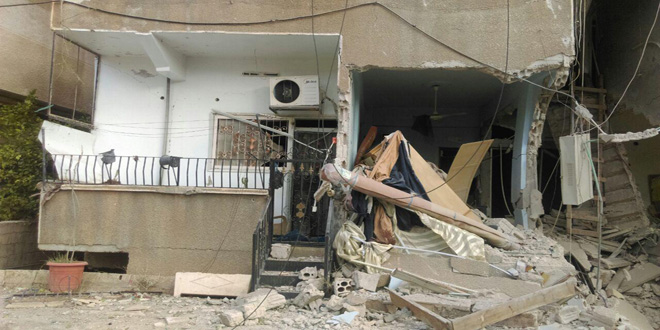 Aleppo/Daraa, SANA –Five citizens were killed due to a terrorist attack with rocket shells on al-Hamadaniah neighborhood in Aleppo.

In a statement to SANA reporter, a source at Aleppo Police Command said that terrorist groups fired on Friday afternoon rocket shells on al-Hamadaniah neighborhood, claiming the lives of 5 citizens, among them three children, while five others got injured.

The source said that the attack also caused material damage in private and public properties.

A child killed in terrrist rocket attack in Daraa city

A child was killed when terrorists fired a shell on al-Sahari neighborhood in Daraa city.

A medical source in Daraa province told SANA reporter that a 13-year-old child succumbed to his wounds after he was injured on Thursday by shrapnel of a rocket shell the terrorists fired on the city.