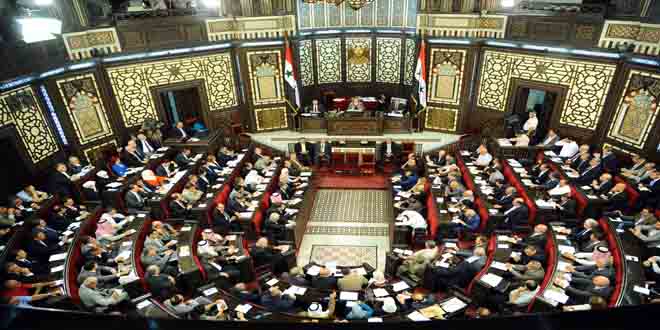 Damascus, SANA-People’s Assembly held on Sunday his 9th session for the first ordinary round of the second legislative term, headed by Speaker Hadiyeh Abbas.

At the beginning of the session, the Assembly saluted the Syrian Arab Army on the occasion of the Army Day.

For her part, Speaker Abbas hailed the victories achieved by the heroes of the Syrian army and armed forces in the fight against armed terrorist organizations and their supporters.

She added that the sacrifices of members of the Syrian army prove their commitment to their homeland and their loyalty for Syria and its people.

Abbas concluded by saluting the souls of martyrs, their families as well as the wounded persons.