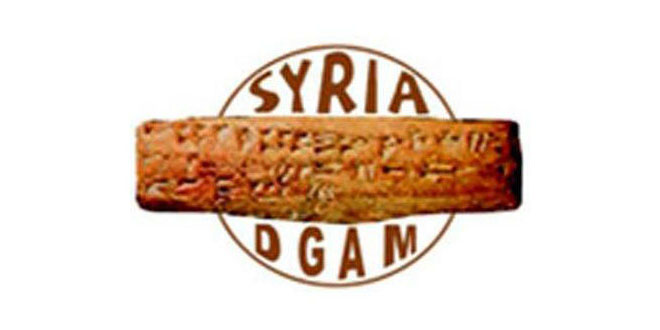 Damascus, SANA – Directorate-General for Antiquities and Museums (DGAM) Director General Ma’moun Abdelkarim said that terrorist organizations are carrying out transgressions on archaeological sites in the southern countryside of Quneitra province and smuggling artifacts.

In a statement to SANA on Sunday, Abdelkarim said that information from local communities and workers at the archaeology department in Quneitra show that terrorists and smuggling rings are carrying out covert excavations and transgressions in al-Rafid village which is rife with antique structures and churches and burial chambers dating back to the Byzantine and Islamic eras.

He went on to say that terrorists are also excavating in the hills of al-Mahir, al-Ahmar, and al-Hawi al-Gharbi, all of which contain important archeological relics, in addition to pillaging burial chambers and graves in the surroundings of Khan Sweissa, an antique inn, and nearby structures, with the ultimate goal of stealing artifacts and relics and smuggling them abroad.
Abdelkarim also said that the authorities seized on Thursday 525 coins purportedly dating back to the Byzantine, Roman, and Islamic era that were in the possession of an artifact smuggling gang, and were handed over to the DGAM, but upon inspection they proved to be fake.

The Director asserted that the DGAM is working with the authorities in Syria, international organization, and the Interpol to intercept archeological artifacts smuggled from Syria and return them.

The DGAM has managed to recover 6,500 stolen archeological artifacts of various sizes and types, in addition to recovering 100 artifacts that had been smuggled to Lebanon.