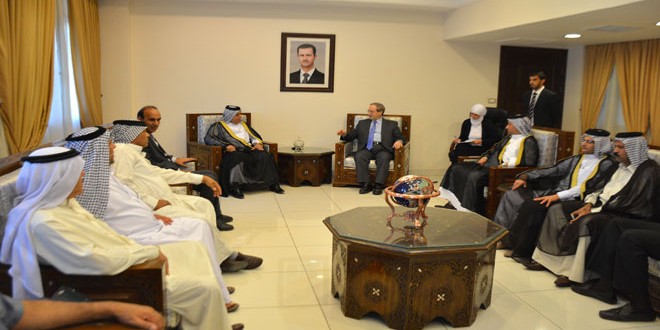 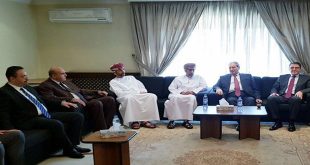 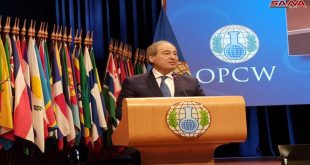 Mikdad: Israel must be obliged to join WMD non-proliferation agreements 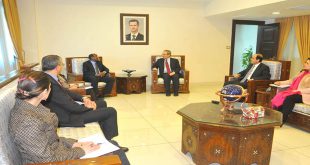 During his meeting with a delegation from the Iraqi Farmers Association Union headed by Sheikh Hassan al-Tamimi, al-Mikdad said that the policies of some regional and international parties which are supporting terrorism are behind the suffering of the Syrian and Iraqi peoples, stressing the importance of coordination between the two countries against parties that seek to undermine their unity and territorial integrity.

Mikdad expressed the Syrian government’s readiness to enhance political, economic and military relations with Iraq to serve both countries’ interests and face challenges.

For his part, Sheikh al-Tamimi said that the conspiracy targeting Iraq and Syria requires that they close the ranks to confront it.

He pointed out that the delegation which represents all Iraqi provinces reflects the feelings of love and friendliness the Iraqis have for the Syrian people.