US Senator Richard Black: Americans now believe in the need to change US policy towards Syria 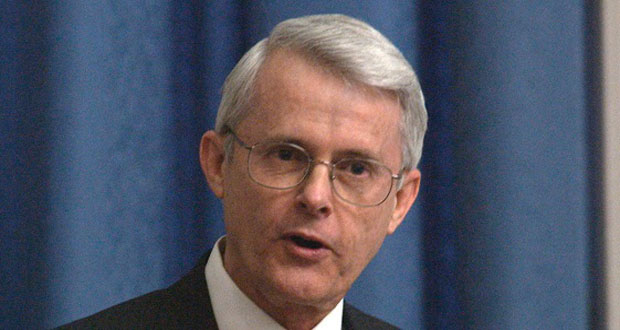 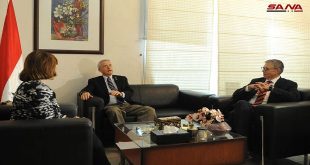 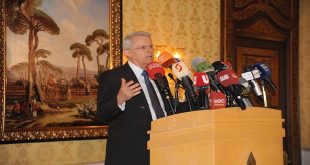 Senator Black: I had the honor to meet President al-Assad-VIDEO 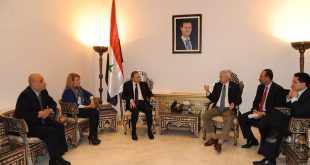 Virginia, SANA. US Senator Richard Black said that the Syrian people achieved a resounding victory on June 3rd when they participated in great numbers in the presidential elections, proving to the world that they challenge with their will and unity the arrogance and terrorism and that they strongly support their president Bashar al-Assad, with whom they look forward to a future full of stability and progress.

Speaking to SANA on Sunday, the Virginia Senator stressed the need for a shift in the US-western policy towards Syria, and that Syria must become an ally in the war on terrorism instead of supporting barbaric terrorists who are supported by certain US, western, and Arab sides which are arm, train, fund, and send terrorists to Syria to kill innocent civilians and spread chaos.

Black reviewed the two letters he sent to President al-Assad, in the first of which he thanked the Syrian Arab Army for its bravery and valiance in protecting Syrian cities and restoring security and safety, while in the second he expressed admiration of the Syrian people’s unity and their resounding victory embodied in supporting their leadership in combating terrorism and building Syria’s future, voicing hope that Syria will overcome its ordeal and recover its security and peace.

The Senator said that his first letter to President al-Assad received considerable coverage by US media because it surprised the American public opinion with its boldness in speaking the truth about Syria, with some media outlets voicing discontent over it. The second letter didn’t receive the same coverage because certain media outlets were worried it might affect its misleading “credibility” on the events in Syria, particularly during the time of the presidential elections when they failed to cover up or distort the fact that millions of Syrians participated in them, because the strong will of the Syrians and their independence in deciding upon their country’s future was made clear to all.

Black said that the US people who fell prey to the fabrications of American and western media regarding what is happening in Syria are beginning to realize that this media lacks objectivity, and that those who call themselves “rebels” are terrorists affiliated to Al Qaeda, and therefore the people now believe in the need for a shift in policy towards Syria.

He also touched upon the media misdirection which took place regarding using sarin gas in Eastern Ghouta, asserting that the theory claiming that Syrian forces used sarin gas was pointless, illogical, and blatantly and deliberately fake, as Saudi Arabia, Turkey, and certain other had motives for such acts which would be used as an excuse to deliver a military strike against Syria, while Syria cooperated greatly with all international and UN efforts to uncover violations of human rights taking place in the country.

Black said that there are several western and Arab countries that planned and funded what happened in Syria, noting that former US Ambassador to Syria Robert Ford started off by openly supporting terrorist groups upon his arrival in Syria in January 2011, as was shown in his first visit to Hama in July 2011 during which he affirmed his government’s full support for the terrorists.

He said that there was a plan to attack Libya to seize all the weapons that the previous Libyan government had in order to send them to Lebanon and Turkey and from there to Syria, and this plan was carried out, resulting in the destruction of Libya and its infrastructure and the ensuing chaos there.

Black hoped that peace will prevail in Syria and among its people who belong to a humane and historical civilization that has always carried a message of love and peace, and that the Syria Arab Army will achieve victory in its war on terrorism. 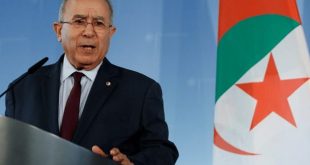