Damascus, SANA- Greek Catholic Patriarch of Antioch and All East Gregory III Laham made an appeal for Aleppo, calling the international community to work on stopping the terrorist attacks against it and against all of Syria.

During a press conference held on Tuesday at the Cathedral of our Lady of Dormition – Olive Lane in Damascus, the patriarch said “In the name of humanity, faith, and each honest man in the world, we raise our voice and demand that the international community stops the attacks on Aleppo.”

Last Saturday, terrorists positioned in the old city of Aleppo fired a barrage of rocket shells on al-Sulimania, al-Sayyedd Ali, al-Khalidya neighborhoods and al-Neil Street in Aleppo, claiming the lives of a number of civilians, injuring many others, and causing massive damage to buildings.

The patriarch demanded the world take action to stop the terrorist attacks in Syria, Iraq, Yemen, and the entire region.

Responding to a question about his stance of the states who are supporting the terrorist war against Syria, the patriarch said that it’s not enough for those states to admit their mistakes towards Syria; they must also cease the bloodshed and allow the Syrians to return to the beautiful harmony they used to enjoy, calling them to join to the efforts of the talks held recently in Russia. 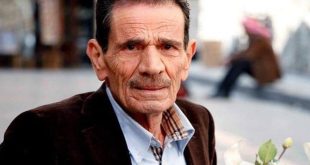