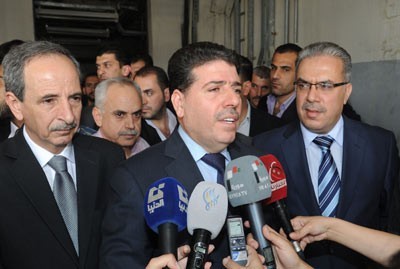 The announcement was made by Prime Minister Wael al-Halqi during a tour to a number of factories and public establishments in the province.

The Premier checked the situation of the General Company for Cable Industry and the Glass Factory in al-Qadam area and inspected the ongoing work of rehabilitating al-Ghezlaniyeh mill in order to be put into service as soon as possible.

The tour is part of a series of visits that the government has embarked on with a view to establishing field communication with all service institutions across Syria.

He highlighted the significance of the industrial and production sectors as being a ‘fundamental pillar’ of a nationwide reconstruction process that was set in motion.

Moreover, PM met with economic, social and religious figures during his visit, asserting that Damascus countryside is witnessing a flurry of political and social activities and is living a “state of recovery” whose stage has been set by the Syrian army successes on the battlefield.

Al-Halqi gave a thorough review of the economic, political and social landscape in the country amid war, hailing the model of national reconciliation that was achieved in Damascus countryside, with emphasis laid on the importance of having it replicated elsewhere across Syria.

Meeting religious dignitaries in the province, al-Halqi expressed appreciation for their thought which calls for fraternity, tolerance and reaching out to the other. 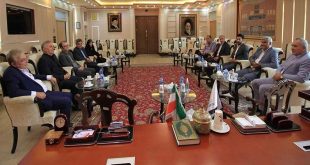