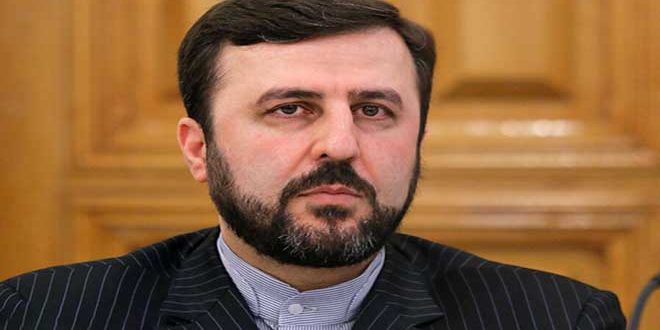 Tehran, SANA- The US is committing massacres against peoples under the pretext of fighting terrorism, Assistant Head of the Iranian Judiciary for International Affairs, Kazem Gharibabadi has affirmed.

“Today, the US counter-terrorism policy has only resulted in massacres against civilians and the destruction of homes,” Gharibabadi tweeted on Monday.

He noted that Under the pretext of countering terrorism, the U.S has conducted at least 14,000 drone strikes in seven countries over the last two decades as 48,000 civilians have been killed and tens of thousands of homes shattered into pieces.