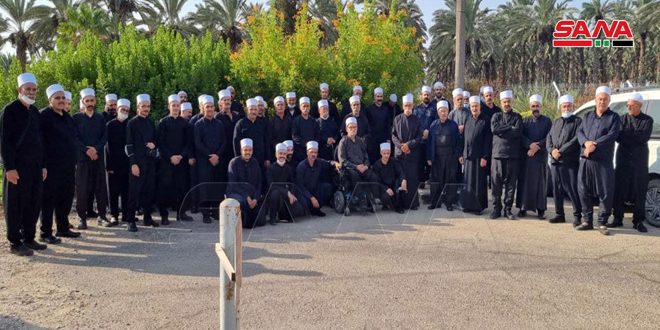 Occupied Jerusalem, SANA- The Israeli occupation authorities prevented on Wednesday morning the delegation of “Communication Committee” in the occupied Palestinian territories of 1948 from visiting Syria.

SANA reporter noted that the occupation authorties prevented 55 members of the committee from travelling to Jordan , pointing out that after several weeks of preparations , the delegation headed for Jordan crossing with occupied Palestine where the occupation authorities stopped a bus thay was carrying them and prevented the delegation from crossing and confiscated their identification papers.