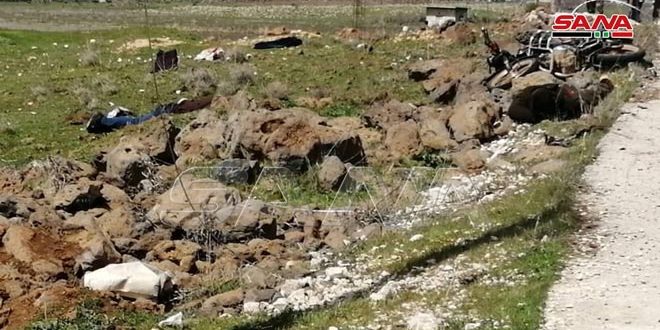 The source added that in cooperation with honest citizens in Zakyah and Kanaker in Damascus countryside, the terrorist operation, plotted by terrorists and Takfiri groups against Damascus was foiled.

Foreign Ministry official source: Syria expresses regret for fires erupted in forests in al-Taref and Setif provinces in Algeria, which claims lives of a number of citizens and injured others