Update-One citizens Martyred, three others injured in bullets fired by QSD in Hasaka 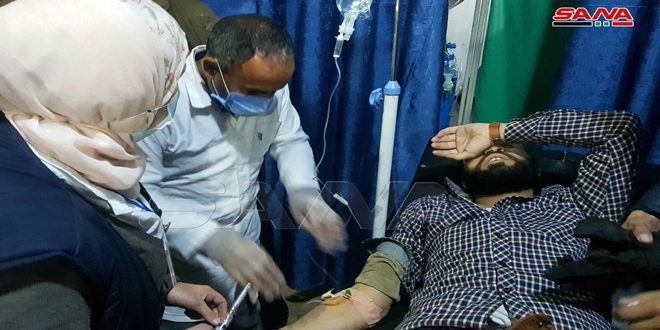 Hasaka ,SANA-A citizen was martyred and three others were wounded when US-backed QSD militia fired bullets at citizens protesting against the unjust siege imposed by the militia on residential neighborhoods in the cities of Hasaka and Qamishli.

Director of Health Department in Hasaka, Dr. Issa Khalaf, told SANA that four persons were admitted to the hospital, later, one of them was martyred of his serious wounds.

Citizens of Hasaka city and social activities protested against the siege imposed on them since 20 days ago by QSD.

Governor of Hasaka, Ghassan Khalil, visited the wounded civilians in the medical center in the city of Hasaka, affirming that the citizens were determined, though bad weather conditions, to hold a sit in before the Justice Palace to condemn QSD siege and its aggressive acts.