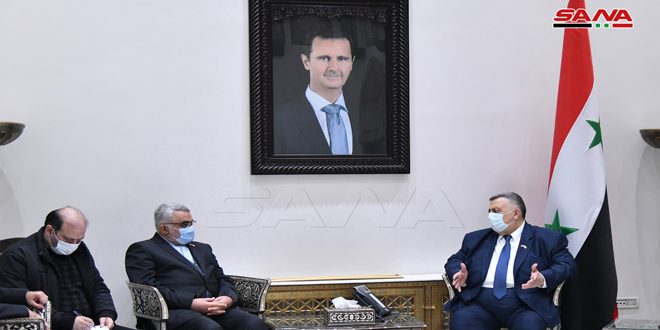 He indicated that targeting Iranian resistance fighters, scholars and experts, on top of them the martyr Mohsen Fakhri Zadeh, by the US-backed Zionist entity, came as a result of the failure and bankruptcy of these forces to undermine Iran’s sovereignty and its independent decision.

Sabbagh pointed out to the importance of continuing coordination between the Syrian and Iranian sides, developing cooperation and exchanging experiences at all levels.

For his part, Boroujerdi reiterated his country’s support for Syria’s national stances, especially its defense of its independent national decision and its sovereignty over all its lands.

2020-12-22
nisreen
Share
Previous An earthquake measuring 4.3 degrees on the Richter scale hits southwest of Idleb
Next An evening of Christmas Chants at the Cathedral of Our Lady of Dormition, Damascus