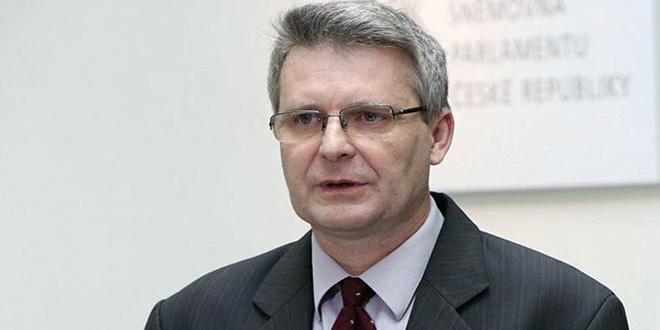 Prague, SANA-Head of the Czech Parliamentary Group for friendship with Syria Stanislav Grospic renewed denunciation of the unilateral coercive measures imposed by the European Union and the United States on Syria, affirming that they form a criminal act, especially as they have been continued amid the spread of the coronavirus pandemic on the global level.

In a statement to SANA reporter in Prague, Grospic pointed out to the pressing need for the rehabilitation of health facilities and institutions destroyed by terrorism in Syria as soon as possible, and for restoring normal life to all parts of the country after the long suffering imposed on the Syrian people as a result of the terrorist war waged against their country.

The Czech Parliamentarian underlined the importance of strategic cooperation between Syria and Russia in the domain of rehabilitating the infrastructure which has been damaged and destroyed at the hands of terrorists, expressing conviction that the Czech Republic can join this cooperation, if it wants that.