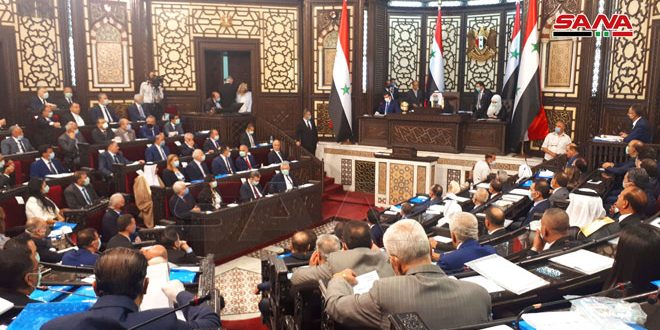 Damascus, SANA- The People’s Assembly on Monday started the opening session of its first exceptional round of the third legislative term chaired by the oldest MP Abdulhamid Asa’ad al-Zaher amid taking all the required precautionary measures for tackling the novel coronavirus (COVID-19).

SANA’s reporter said that half of the People’s Assembly members will take the constitutional oath today while the second half will take the oath tomorrow.

On July 21st, the Higher Judicial Committee announced the results of the People’s Assembly elections for the third legislative term which were held on the 9th of the same month.