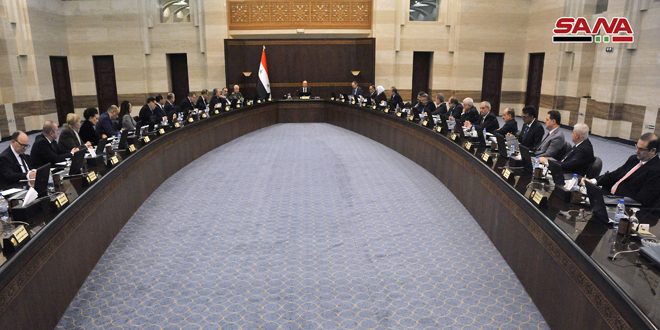 Damascus, SANA – The Cabinet announced that subsidized essential goods will be distributed via the smart services card as of February at Syrian Trading showrooms, specific retail outlets, and trucks, and that the list of distributed goods will be expanded gradually.

During its weekly session headed by Prime Minister Imad Khamis, the Cabinet approved the Transport Ministry’s policy for developing the transport sector, with emphasis on feasible public-private partnership projects.

The Cabinet also discussed the bill for amending the law for licensing currency exchange companies, as well as discussing amending laws pertaining to the Local Administration and Environment Ministry.

The Cabinet congratulated the liberated captives Sedqi al-Maqat and Amal Fawzi Abu Saleh, lauding their positions in defense of Syrian Arab identity of the Golan. 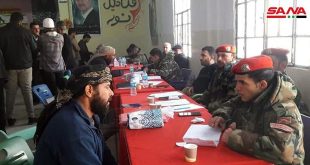