President al-Assad to Lavrentiev: Work should focus on stopping offensive, withdrawal of all Turkish, US and other illegal forces from Syrian territory 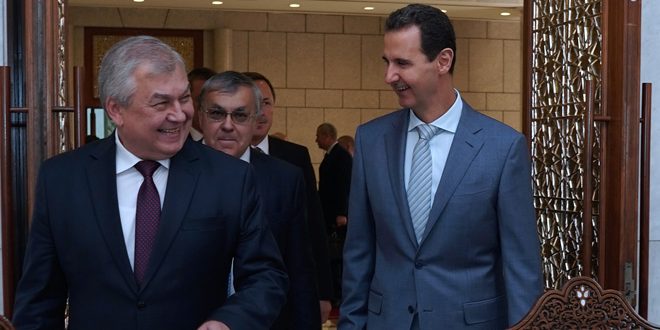 Talks during the meeting dealt with the latest developments in Syria, particularly in Al-Jazira region and the Turkish offensive on it.

President al-Assad stressed that the current and future work should focus on stopping the offensive and the withdrawal of all Turkish, US  and other illegal forces from all Syrian territories since they are occupation forces in accordance with the international law and conventions and the Syrian people have the right to resist them by all available means. 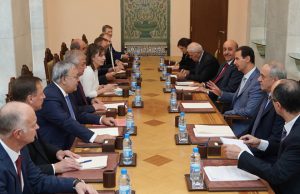 The Russian side also emphasized Russia’s  rejection of any step or action that violates this sovereignty and further complicates the situation and affects efforts to end the war in Syria, which depends first of all on eliminating the remaining terrorist hotbeds  in Syria and regaining control over all Syrian territories including all border areas.

The meeting also discussed the underway preparations for holding the first meeting of the committee of discussing the constitution.

President al-Assad and Lavrentiev expressed satisfaction over the progress of these preparations. 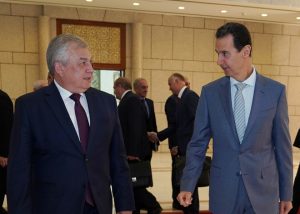 They stressed that the most important factor for the success of this committee is the absence of any external interference in its work and respect of all parties to the basis on which this committee was formed which is the Syrian-Syrian dialogue led and owned by Syria.

Lavrentiev briefed President al-Assad on the outcome of the recent visits of President Putin to Saudi Arabia and the United Arab Emirates.

The meeting was attended by Chief of the National Security Bureau Major General Ali Mamlouk, Assistant Foreign and Expatriates Minister Ayman Sosan, and the Russian Ambassador in Damascus. 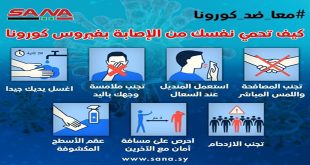 Damascus, SANA-Health Ministry announced preventive measures and health controls which must be taken during elections …